(My “Hands On” Workshops) vary from 90 minute programs, day long classes and week long intensives. Here is my present 2013 Schedule. 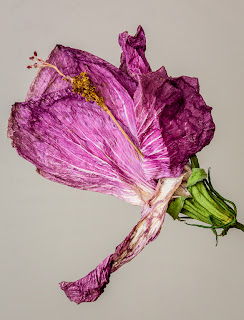 I photographed the dried flower using 9 different focus points for a better depth of field.  ¶ 9:14 AM 0 comments 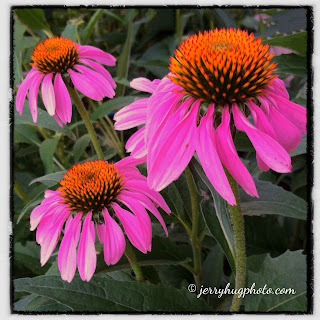 I went out this morning and worked at organizing various groupings of Cone Flowers with my iPhone. I liked this group of three the best. Editing was done with 4 different apps to clean up the image.  ¶ 8:53 AM 0 comments 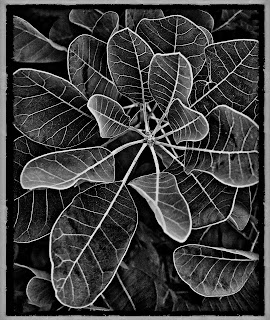 I have always liked the leaf patterns of this most unusual bush in our back yard. The bush is a beautiful green in spite of the drought we are in. After studying the image I decided that is would make a striking black and white image. This photo was taken on an iPad 3 with the resident camera.  ¶ 9:35 AM 0 comments 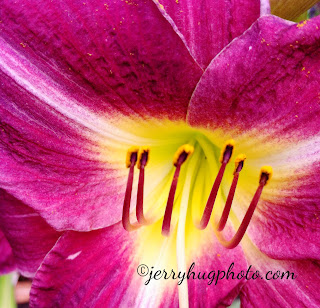 I went out in the front yard and shot a beautiful day lilly that I planted last year. The yard is dry and parched but this day lilly shines on without any watering. Shot in the iPhone with ClearCam Camera and slight global editing in Filterstorm.  ¶ 1:47 PM 0 comments

Friday, June 29, 2012
Only God could create this beautiful sky 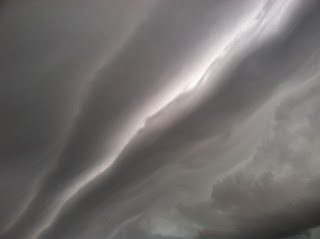 My good friend and photographer, Tom Mulick, called me this morning and said go outside and see the most unusual sky.  I grabbed my iPhone and ran outside and this was the first shot off. We had severe thunder storm warnings and we need rain. This almost graphic and abstract pattern was so much better than any man could produce. Most of all there is was and I was ready to shoot at a moments notice.  ¶ 1:04 PM 0 comments 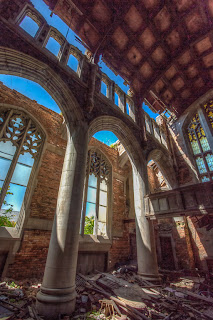 This photo was taken in Gary, IN at the site of "City Methodist Church". This beautiful structure was one of the most complete church faculties in North western Indiana. The church has fallen into complete ruin and soon to be town down for a new park. This image was photographed with 7 different exposures from - 3 under exposures to +3 over exposures. This was to control the hot sun beaming in and the dark shadows under neath. Photomatix Pro was used to blend the 7 images together. A 17mm wide angle lens was used on a full frame digital SLR camera. I let the lens distortion show to create additional stress to the condition on the building.  ¶ 7:31 PM 0 comments 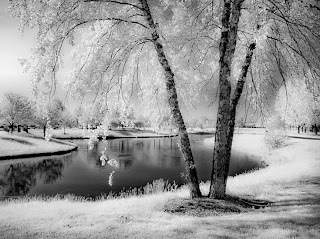 After posting this same photo, I decided that I like the look of the old IR film which had a soft glow look. To process this look, I ran the image through NIK Color Efex and used the default setting of Glamor Glow. Brought the image back into Lightroom and moved the Clarity slider to the left until the look that I wanted was just right. Compare with the other tack sharp image below.  ¶ 8:27 AM 0 comments 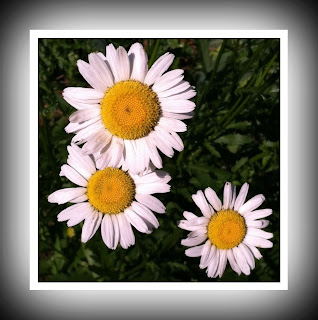 This Daisy plant was from a bird that dropped a seed last year. We have a bird feeder close by. The plant appeared by surprise this Spring. Daisy's like Sunflowers face the sun in the morning. I used various apps on the iPhone to crop, clean up and frame the photo. This was all done on the iPhone.  ¶ 9:25 AM 0 comments 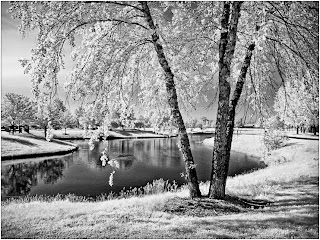 Took a walk yesterday in the bright Sun with my Canon G10 that had been converted to an Infrared Camera. This shot is near Algonquin Road at the South end of Prairie Lakes Park. This is a new angle on similar shots taken by photographer, Ernie Stolle. I shot in Digital IR Color and then used NIK Silver Efex Pro to convert to a black and white image. Infrared loves bright sun.  ¶ 2:16 PM 0 comments 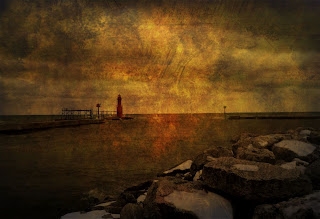 Coming home from Door County in February we stopped by the lake front and shot images of the storm clouds and wind.  ¶ 3:43 PM 0 comments 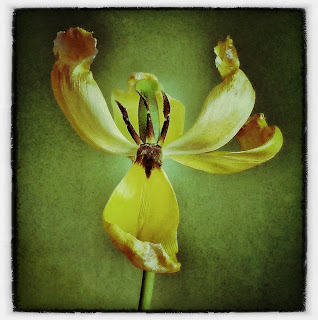 I borrowed this beautiful tulip that soon was to be cut down. Set up a studio in our dining room and photographed it with my iPhone 4. At first I was just going to call the image "Bullseye Beauty" but after the image was edited with 2 separate apps, it became more interesting and developed a mood that I liked. The tulip was photographed in a square format with a new app called 645 Pro. This camera app permit me to photograph in a square mode just like Hipstamatic but this camera app gives more options like a DSLR on my iPhone. Many photographers get hung up about images being in a bullseye mode. Most of these individuals have never shot a camera in a square format. A fun read for everyone is an eBook titled "Square".  ¶ 11:36 AM 0 comments 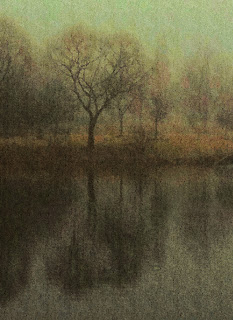 I call this image "Morning". My iPhone captured a unique look and the texture was added with an app called photocopier. I love the artistic looks that I can arrive at with various apps.  ¶ 9:28 AM 0 comments 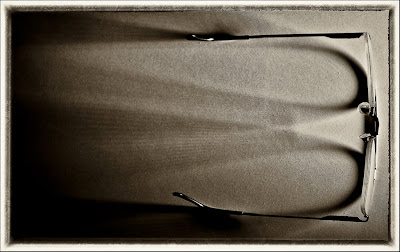 Close Up Photography is becoming a lot of fun with the available LED Light Panels. The LED lights were originally designed for shooting videos but they are wonderful for Still Photography.  ¶ 2:23 PM 0 comments 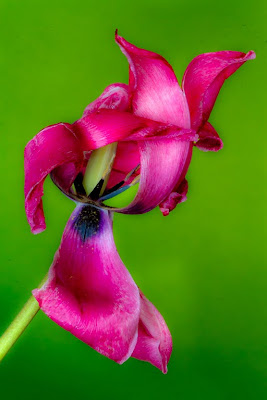 I really did not like the bright background. Isn't Digital wonderful.  ¶ 9:40 AM 0 comments

Tulip with an Attitude 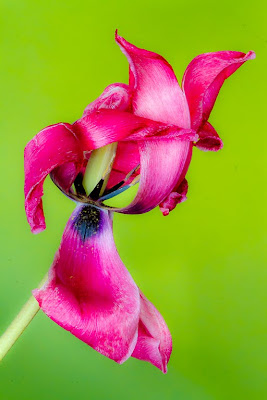 Purpose of this BLOG is the "Sharing - Ideas, Techniques, and happenings in the world of Photography".